7 Reasons why Acupuncture is good Migraines 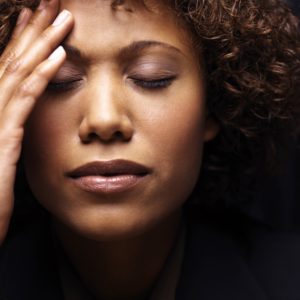 Acupuncture is good for Migraines!

According to the Migraine Trust, migraine is the third most common disease in the world, affecting about one in seven people (Steiner et al, 2013).

And here are 7 reasons why:

Providing pain relief – by stimulating nerves located in muscles and other tissues, acupuncture leads to release of endorphins and other neurohumoral factors and changes the processing of pain in the brain and spinal cord (Zhao 2008, Pomeranz, 2001).

2. It reduces inflammation
Increasingly there is evidence that inflammation is associated with migraine. Acupuncture promotes the release of vascular and immunomodulatory factors that can counter this (Kim, 2008; Kavoussi, 2007; Zijlstra, 2003).

3. It reduces the degree of cortical spreading depression
This is an electrical wave in the brain associated with migraine. (Shi, 2010).

4. It reduces plasma levels of calcitonin gene-related peptide and substance P (Shi, 2010)
These are pain-signalling neuropeptides that may be implicated in the pathophysiology of migraine.

6. It affects serotonin levels in the brain (Zhong, 2007)
Serotonin may be linked both to the initiation of migraines and to the relief of acute attacks (through triptans, drugs that promote serotonin levels).

7. It increases local microcirculation (Komori, 2009)
This aids the dispersal of swelling.